Water deal with Eastern Australia Agriculture, which was done without a tender, raises questions over taxpayer value.

One of Australia’s largest cotton companies, Eastern Australia Agriculture (EAA), sold water rights to the federal government in July last year for $79m and then booked a $52m gain on the sale.

The deal, which was done without tender, will raise questions about whether the government paid over the odds for the water in southern Queensland.

Details of the water buyback were released to the Senate after an NXT senator for South Australia, Rex Patrick, sought production of documents associated with this and other water deals during Barnaby Joyce’s time as agriculture minister.

The documents included valuations by Colliers International, which were used by the Department of Agriculture to price the water from EAA. But unlike an earlier release of documents, the valuations were heavily redacted. 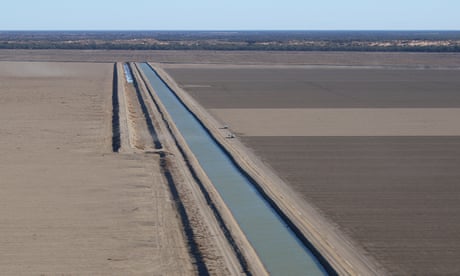 $78m buyback of Darling water was nearly double its valuation

In one unredacted comment, Colliers warned “there is no true market” for overland flows – the type of water rights the federal government was proposing to purchase – and that “trading was limited to sales only to the commonwealth”. It warned valuing this sort of water was “very complex” because sellers were likely to seek compensation for associated structures used to harvest the water.

Overland flows are only available in high rainfall. Farmers use levees and pumps to collect the water which flows across flat country rather than river courses.

EAA has several enormous storages for its overland flows and proposed selling one of these to the commonwealth to store the water, which would then be used to refresh the Narran Lakes, an important wetland in the Condamine-Balonne catchment.

The documents also raise the question about whether Colliers, the valuer, had a potential conflict of interest. Twelve months before, in September 2015, it had been retained to sell EAA’s two huge properties in Queensland – Kia-ora and Clyde.

EAA is a private company, which is controlled by a number of investment funds including a large Hong Kong fund, Pacific Alliance, via a Cayman Islands registered company.

According to media reports it has been trying to sell the two properties, which cover 38,000 hectares, since 2013. 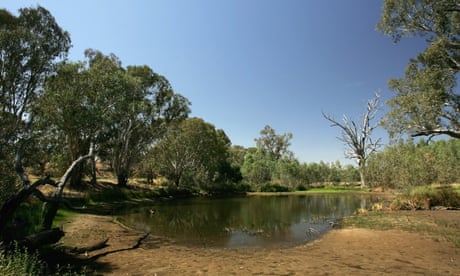 Accounts lodged with the Australian Securities and Investments Commission reveal EAA had been running up significant losses despite the increasing prices for cotton, and in 2016-17 reported an operating loss before tax credits of $27m.

The documents also show EAA made several attempts to sell water to the federal government in the past.

The commonwealth had bought temporary water from EAA in 2008 to restore the health of the Narran Lakes but rejected overtures via the Queensland government that it consider buying EAA’s properties. EAA had also been unsuccessful in earlier tenders.

“We do not comment on individual outcomes as they are commercially confidential,” an agriculture department spokesman said, when asked why earlier offers were rejected.

But in February 2016, there appears to have been a change of heart. The department had received nine separate offers to sell water in the Condamine-Balonne system but instead of holding a tender decided to deal exclusively with EAA, which had the largest parcel of water rights.

In 2016, following an outcry from farming communities, Joyce said the government no longer planned to undertake major strategic buybacks. 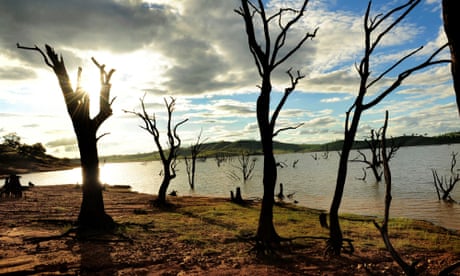 But in 2017 the department concluded four purchases, all without tender.

Patrick said on Thursday: “This week Nick Xenophon and I referred one of those allegations to the South Australian royal commission. We will now have to refer another. Noting the secrecy of the department in redacting the independent valuations this may be the only way to get to the bottom of this.”

Asked why it had changed its mind, the department said the renewed interest in EAA’s water was prompted by Queensland officials.

“The department briefed the former minister [Joyce] who agreed to the department discussing the potential sale with the company,” a spokesman said.

A letter from EAA’s chairman, Matthew Bickford-Smith, dated 9 February 2016, confirms he was approached by the department’s head of water acquisitions, Mary Colreavy. “Thank you for your communications regarding whether Eastern Australian Agriculture Pty Ltd (EAA) might be interested in offering some of its water entitlements for sale,” he wrote.

Colliers was asked to produce two valuations – in September 2016 and again in March 2017 – for “unspecified overland flows” in the Condamine-Balonne.

There was no mention that the firm had been employed in 2015 to sell the EAA farms.

“In this particular instance, we were employed by the government to provide valuation of water rights because we have extensive experience in the area,” Shaun Hendy, director of valuation for rural and agribusiness, told the Guardian. 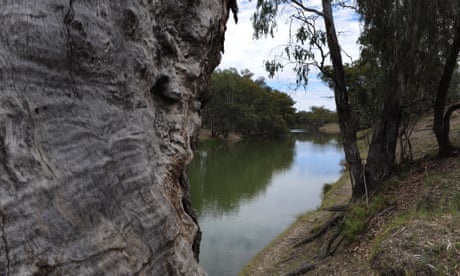 “Our valuation advised that the results of our reports were general in nature. And, as they were for ‘unspecified’ water rights, a better assessment of value for specific water rights could be made by looking at individual property cases,” he said.

“Colliers International was not advised, and had no way of knowing which valuations the government was planning to use for water buybacks,” he said.

“Given these facts, Colliers International did not have any known conflict of interest at the time of the advice being issued,” he added.

In March the amount of water to be purchased from EAA was doubled to nearly 30,000 megalitres – equivalent to 12,000 Olympic swimming pools – and increased again before the deal was completed. This represented 74% of the remaining water recovery task for this river.

Like the other recent buybacks, there are questions about the likely environmental impact of this purchase, as overland water is only available when it floods. The commonwealth environmental water holder advised it would be useful for recharging the Narran Lakes once or twice a decade.

This purchase will, however, take pressure off the government to buy up more secure water rights around St George in the future, a move that will be welcomed by farmers. 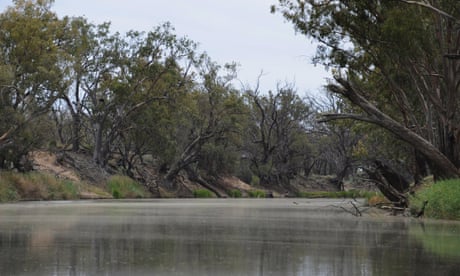 Policing of NSW water licences slowed to trickle over 12 months

The mayor of Balonne, Richard Marsh, said the region, particularly Dirrandbandi, had been very hard hit by water buybacks and had seen a 20% reduction in employment.

Joyce took a particular interest in this transaction. Before entering parliament, he was an accountant in the nearby Queensland town of St George and lived there while a senator for the state.

Documents show he wanted the company to do works to address flooding in southern St George and he wanted to make sure it wouldn’t have an impact on employment, documents show.

“Report back to me on this and seek final approval before settling the purchase,” he directed his bureaucrats.

EAA has other strong connections with the Coalition. Before entering parliament, Angus Taylor, now the member for Hume, was a director of the company between 2008 and 2009.

The company said in its accounts that its policy had been to record the value of the water rights at cost, and so they had been undervalued in the past.

A senior water researcher at the Australia Institute, Maryanne Slattery, said the average price paid for water licences in the Lower Balonne between 2011/12 and 2016/17 was $1,500 per megalitre and the maximum paid in that period was $2,200 for two trades.

The government paid $2,745 per megalitre.

Slattery noted that a complicating factor was the decommissioning of the storages and compensation built into the price. The Australia Institute will release further analysis next week.

There are now serious questions about the benefit to the environment and the value for money that taxpayers have received in several of the recent buybacks.

The Guardian reported last year on the sale of water by Tandou, a property owned by Webster Limited. There are questions about the reliability of the water rights purchased for $78m because of extractions further upstream. The Guardian also revealed the government relied on a valuation provided by the NSW government and ignored its own valuation.

Last week the Australia Institute raised questions about another buyback in Queensland, which involved a $17m purchase of 10,611 megalitres of water in the Warrego valley in March 2017.

Joyce paid more than twice that paid by Labor when in government, a purchase he had criticised because little of the Warrego – just 6% – flows through to the Darling.

According to documents produced to the Senate, the department justified the purchase because under new rules proposed for managing environmental recovery in the northern basin of the Murray-Darling , the purchase of water in the Warrego could count toward another catchment’s target.

In this case it was the Border Rivers, which are tributaries that flow into the Barwon river. This transfer would have taken the pressure off irrigators in the Barwon to sell water entitlements.

The transfer rule has been disallowed in the Senate as part of a disallowance motion moved by the Greens that would have reduced the overall target for environmental water recovery by 70 GL.