Plus, The Post is also Certified Fresh, The Commuter is undemanding action, and Proud Mary clearly wasn’t screened for critics.

This weekend at the movies, we have a Certified Fresh talking bear (Paddington 2, starring Ben Whishaw and Hugh Grant), an all-star salute to high-stakes journalism (The Post, starring Tom Hanks and Meryl Streep), Liam Neeson‘s long, violent ride home (The Commuter, co-starring Vera Farmiga), and an assassin with a pint-sized problem (Proud Mary, starring Taraji P. Henson). What are the critics saying? 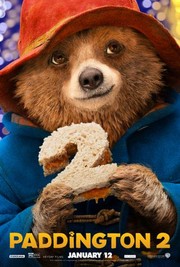 For decades, taking one’s children to the movies was often a devil’s bargain — in exchange for a couple hours of keeping the kids entertained, parents had to pay to sit through lowest-common-denominator pictures that were often little more than toy commercials with thuddingly obvious moral messages. Things have clearly improved quite a bit over the last couple of decades, but even by the inflated standards of modern family-friendly entertainment, Paddington 2 is a big winner: critics have been universal in their acclaim for the fuzzy little guy’s second big-screen outing, applauding the way it holds fast to the sweet spirit of the books while uniting a terrific cast (including a scene-stealing Hugh Grant) for an adventure that’s truly fun for all ages. If you’re thinking about a trip to the cineplex with the family this weekend, your best bet is a little brown bear who hails from darkest Peru. 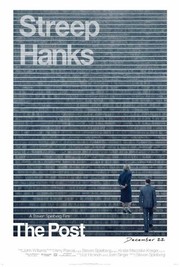 The movies are great for mindless entertainment, but sometimes we head out to the theater in search of a viewing experience that tells us something about the world — and for those moments, the names Hanks, Streep, and Spielberg are generally fairly reliable indicators that we’re about to get maximum bang for our filmgoing buck. Put the three of ’em together, and what have you got? This weekend’s The Post, a period political thriller that wrings timely resonance out of the real-life journalistic drama over whether (and where) to publish the Pentagon Papers. Hanks stars as Washington Post editor Ben Bradlee, Streep works her reliable magic as the paper’s publisher Kay Graham, and Spielberg ringleads the way only Spielberg can; unsurprisingly, critics are pretty worked up about the end results, which are perfectly calibrated to make audiences feel good about freedom of the press at a moment when the importance of the Fourth Estate has been thrown into stark relief. Like a lot of things these days, The Post seems destined to spark plenty of political debate, but underneath all the noise, it’s also a solid, old-fashioned, grown-up drama. Plan your ticket-buying accordingly. 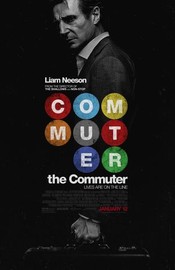 Once upon a time, the idea of Liam Neeson whooping bad guy butt in an action movie seemed ludicrous — but then came Taken, which opened an unexpected second career for the onetime arthouse mainstay. With this weekend’s The Commuter, Neeson reunites with director Jaume Collet-Serra, who helmed his previous action outings Unknown, Non-Stop, and Run All Night; this time out, the duo tell the tale of an insurance salesman lured by a mysterious stranger into a deadly conspiracy during his train ride home. If you’ve seen this kind of thing before — and you almost certainly have — there’s still a certain pleasure in seeing it delivered by professionals, and critics say The Commuter definitely fits that bill. If it isn’t the most original or exciting action movie ever sent to theaters, it still does its job more often than not — and it’s hard to argue with the cast, which surrounds Neeson with a group of seasoned veterans that includes Vera Farmiga, Patrick Wilson, Elizabeth McGovern, and Sam Neill. You probably won’t miss anything by waiting for its arrival on the home market, but if solidly undemanding action fare is what you’re in the mood for, The Commuter should get you there painlessly enough. 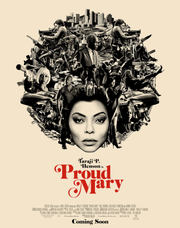 Liam Neeson isn’t the only acclaimed veteran anchoring an action movie this weekend. That honor also goes to Taraji P. Henson, who stars in Proud Mary as a hitwoman (named Mary, natch) whose life of crime goes sideways after she crosses paths with a boy orphaned while she was in the line of duty. Henson’s got more than enough talent to shoulder a shoot-’em-up, and director Babak Najafi demonstrated his action chops while helming 2016’s London Has Fallen — but unfortunately, we can only guess at what critics will think of the end result, because Proud Mary wasn’t screened in advance. Until those reviews start coming in, the big wheel will keep on turnin’, so let’s start rollin’, rollin’, rollin’ on a game of Guess the Tomatometer!