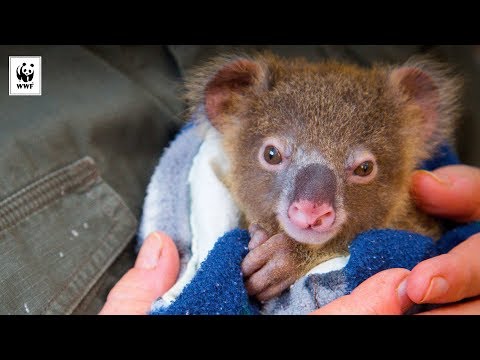 T SURELY must be one of the most outrageous attempts to fool the public into believing the NSW Government cares about koalas, the NSW Premier Gladys Berejiklian has released the long-awaited ‘NSW Koala Strategy‘.

The Strategy, recommended by the NSW Chief Scientist & Engineer Dr Mary O’Kane, was one of the outcomes of her 2016 ‘Report of the Independent Review into the Decline of Koala Populations in Key Areas of NSW’.

Dr O’Kane has since moved on to become the Planning Assessment Commissioner, her role now taken over by Dr Chris Armstrong.

When the Strategy was released, the public was invited to comment and assurances were given that the comments would be published. In spite of assurances by the Chief Scientist, no submissions have been published or made available.

Given that public comments to the Save our Species Iconic Koala Project were also supposed to be published but never saw the light of day, the failure of the Government to provide transparency is part and parcel of the Berejiklian Government’s policies of deception. In response to the Iconic Koala Project, the public was provided with a summary of what the Office of Environment & Heritage judged to be relevant. In fact, the “summary” was biased and important submissions were ignored.

Now we’re told that this Strategy enables recommendations from that report to be taken forward. The journey to stabilise and then increase koala populations is a long one and the Strategy sets a three-year pathway that can assist.

A quick look at the “experts” engaged by Environment Minister Gabrielle Upton, former banker and MP for Vaucluse, it is clear that once again, the Government has avoided any action that would ensure the survival of the State’s increasingly diminishing koala population.

“Less than one-year ago the Berejiklian Government ushered in new environment laws which made 99% of identified koala habitat on private land able to be bulldozed.#Auspol #Koalas
https://t.co/oncBJ3CLZ4

Recognised koala experts agree that the primary action to save koalas is for legal habitat protection. However, Upton et al have decided to dominate the Advisory Panel response for the Strategy with scientists focused on genetics and forensics. Their appointment follows a similar pattern adopted by Dr O’Kane who ensured the experts engaged in her review comprised of:

Recognised koala experts were not invited. No NGOs or community organisations were included, no conservation organisations attempting to protect native forests were included. The two independent experts nominated were Associate Professor Jonathan Rhodes and Professor Kathy Belov whose expertise is genetics and genomics.

Subsequently, the NSW Koala Strategy Advisory Panel members set up by Upton included Dr Rebecca Johnson – director of the Australian Museum Research Institute and conservation geneticist and forensic specialist – Professor Kathy Belov and Dr Chris Armstrong who has a PhD in chemistry. Associate Professor Jonathan Rhodes was also appointed to the Advisory Panel, an appointment which environmental organisations regard as a conflict of interests — given his role as an “independent reviewer” of the RMS Ballina Pacific Highway Upgrade Koala Plan.

In the foreword of the Strategy, Upton states that ‘recent studies estimate a 26% decline in numbers over the past three generations’.

Forest destruction at Laws Point due to the NSW Pacific Highway Upgrade (image courtesy of Australians for Animals).

It is unclear which “recent studies” Upton relied on. In February and June 2012, the Australian Centre for Ecological Analysis & Synthesis published a report under the title ‘Conserving Koalas in the 21st Century: synthesising the dynamics of Australia’s Koala populations’. They convened two workshops to ‘provide robust science to inform sustainable koala conservation and management’ and consisted of key koala researchers in eastern states where koalas occur, including Associate Professor Jonathan Rhodes.

Under the major findings of the report, the following statement is made:

‘ … the NSW North Coast [is estimated to be] declining by 50%. In nearly all other New South Wales bioregions, koalas were estimated to have declined by levels ranging 4%-50%.’

The NSW 2008 ‘Recovery plan for the koala’ report provides the most current population estimate, based on a 2006 study, which demonstrated a population size of between 1,000 and 10,000 individuals.

NSW National Parks Association estimates that koalas have disappeared from 75% of their former range.

A survey of koalas in l986-87 found that koalas had disappeared from 50-75% of their historic range in NSW.

Koalas don’t breed like rabbits, there has been no population survey since 2006. Given that there have been massive documented declines in all major areas where koala populations are found, the only viable conclusion is that koalas are in a decline of such severity that their survival is now on the line.

Upton has cherry-picked the NSW Chief Scientist’s recommendations and ignored the recommendation that the Government ‘improve outcomes for koalas through the Biodiversity Conservation Bill and associated regulations’.

This legislation, which passed through Parliament last year, provides no provisions for any legal action to protect koala habitat. Nor is there any protection of habitat. Along with the Local Land Amendment Act and its equity code, forests which are known koala habitats can be clear-felled.

Over 2.2 million hectares of woody vegetation which has been identified as either being known or likely koala habitat could potentially be cleared under the equity code of the new land management framework. This equates to about 13% of the mapped woody vegetation across the State.

In their response to the Strategy, the North Coast Environment Council stated:

Back in 2016 the Chief Scientist recommended that “Within six months of receipt of this report, it is recommended that a priority research project is commenced to better understand how koalas are responding to regeneration harvesting forestry operations on the mid-north coast of NSW. The project will assess the effectiveness of current and proposed prescriptions designed to mitigate the impacts of forestry operations on koalas in these areas”.

Not only has that not been done, but the project has now become part of the Strategy, which means that the Government plans to go ahead with its intensive logging agenda, before the research on the impacts on koalas has been done.

NEWS!: “We challenge Premier Berejiklian to release details of the proposed Koala Reserves and the methodology and criteria that were applied to identify the priority… https://t.co/UAnwODfTSl

Of major concern is the Strategy’s proposal to relocate koalas to unoccupied koala habitat. This suggestion ignores the published, peer-reviewed research by koala experts which documents the fact that koalas in NSW and Queensland cannot be translocated; marsupials are faithful to their home ranges and have very specific dietary requirements in terms of eucalypt species.

Perhaps the most serious omission is the complete failure to address the impacts of climate change. Given the demonstrable collapse of Gunnedah and Pilliga koala populations as a result of heatwaves and drought, the refusal by NSW government to address this issue is reckless.

The International Union for the Conservation of Nature has designated the koala as one of the ten global species most impacted by climate change.

With the release of the Koala Plans by the NSW and Queensland Governments, the Federal Government is almost certain to release the National Koala Recovery Plan — now six years overdue. Given that the scientists who are tasked with preparing Recovery Plans for Threatened Species will lose their jobs in the Budget cuts, any plan issued by Minister for Environment and Energy Josh Frydenberg is a certainty to echo the totally unacceptable outcomes of both State’s Koala Plans.