As long as the profit motive drives cricket, the end result is winning at all costs, writes John Passant.

IT IS NOT JUST

It is not even about the cricket.

It is about Australian society — 35 years of neoliberalism have made it a dog-eat-dog world.

Of course, capitalism with a Keynesian bent gave the impression of caring. To be fair, while profit rates were on the rise globally after the Second World War and workers were demanding a better life after the losses and privations they had suffered, Keynesian capitalism could deliver reforms to satisfy the demands of workers for better living standards and social services.

The tendency of the profit rate to fall then reassert itself in the late 1960s and early ’70s resulted in a switch by the 1% from Keynes to the “free” marketers.

So, the dog-eat-dog world of the 1% spread to the rest of us — or rather was shoved down our throats. The dominant ethos became every dog for him or herself. The decline in union density from 60% in 1955 to less than 20% in 2015, is an indicator of this.

So, too, is the commercialisation of previously untouched areas, including sports, like cricket. The 1977 Packer World Series revolution has resulted in very very well-paid cricketers and big profits for broadcasters and often a profit for the sports body. For example, Cricket Australia was paying former Australian Cricket Captain Steven Smith over $1 million before match fees and win bonuses. Endorsements and Indian Premier League stints would have added about another $3 million to that.

Steven Smith doesn’t have to stand down because cricket is a corporate gambling business, he’ll go if they think it will hurt profit. The only rule is profit. Your trust & loyalty is about profit – not honesty & honour. #CricketAustralia #Balls

Those sorts of earnings remove cricketers from the working class. They are paid out of the profit Cricket Australia makes from the hard-earned cash of workers and others.

We live in a brutal world where Australia’s 1% gaols refugees and asylum seekers who come by boat in concentration camps and denies them adequate health care, food or security.

The attack on refugees and asylum seekers numbs some of us to the government’s attacks on us, whether it be penalty rates, or the decline in real wages, cutting government health, education and transport services, screwing the unemployed. On and on the list goes.

The recent cheating by the Australian cricketers in South Africa has provoked all sorts of moral outrage. It is evidently unAustralian to cheat. I beg to differ.

The primary divide in Britain was between (aristocratic) amateurs and (working class) professionals. That also existed in Australia but it was of a different hue. The players had organised tours as a profit-making venture and shared the returns among themselves. The loss of the revenue stream to the administrators was a real point of conflict and players responded, sometimes with boycotts.

However, compared to today, professional cricketers received only a pittance then. The real commercialisation of cricket was Kerry Packer’s World Series Cricket which began in 1977. It reached a settlement with the establishment in 1979 and the rest, as they say, is history. Packer’s cricket bastards include the Indian Premier League and Big Bash here in Australia — the perfect short game for a working class now slaving longer, mainly unpaid, hours.

So why the outrage? I think it is great ordinary workers have reacted so harshly to the cheating. However, the myth of the “fair go” is entrenched in Australian society. It is propaganda that hides two realities: the exploitation of workers to make a profit and that a relatively superficial fair go can only be won by a militant mass class struggle against the 1%.

It was Marx who wrote in the Communist Manifesto that capitalism was constantly revolutionising production and social relations.

Constant revolutionising of production, uninterrupted disturbance of all social conditions, everlasting uncertainty and agitation distinguish the bourgeois epoch from all earlier ones. All fixed, fast-frozen relations, with their train of ancient and venerable prejudices and opinions, are swept away, all new-formed ones become antiquated before they can ossify. All that is solid melts into air, all that is holy is profaned, and man is at last compelled to face with sober senses his real conditions of life, and his relations with his kind.

I wrote this thing about Steve Smith, ‘headbutting the line’ and the toxic masculinity of Australian cricket https://t.co/M9a7YSukma

And that for a time had the potential to happen in cricket. The commercialisation of cricket necessarily undermines the myth of the fair go in cricket. In a dog-eat-dog cricket world where big bucks depend on winning, then winning at all costs – also known as “headbutting the line” as the former coach Darren Lehmann called it – becomes the norm.

Yet headbutting the line is what businesses do all day. It is the grundnorm of competition. It is the basis of Australian society. Cheating, then, is a small step beyond the acceptable.

Now, of course, I know that businessmen and women, especially bankers, would never break the rules. Since the 1% often set the rules that does not mean much. A building worker wearing a union sticker on his hard hat is likely to suffer a greater penalty than a boss whose actions kill someone on site.

Steve Smith did not kill anyone. He went along with a half-cocked plan from David Warner, with Cameron Bancroft as the gullible new boy, to sandpaper the ball to give Australia’s bowlers an advantage.

His harsh penalty has been more a response from Cricket Australia to the disgust working Australians have felt, than any reasonable penalty for the crime.

The administrators are in rescue mode. The view was that negotiations with a range of TV networks would double the price for Australian cricket broadcast rights from $500 m to $1 billion. That goal now appears to be unattainable. The best guess is the scandal will cost Cricket Australia between $300 and $400 million in the sale of rights — which were estimated at possibly selling from $1 billion before the scandal.

In the longer term, Cricket Australia and the millionaire players have to win back the trust of the Australian public. This means re-establishing the myth of cricket being a moral game, played in a fair spirit. I think this explains the extremely harsh penalties imposed on Smith, Warner and Bancroft. The authorities seem to be saying, See how we treat those who cheat? We will restore integrity.’

Really? I am not sure the rescue mission will work. As long as the profit motive drives cricket, the end result is winning at all costs. That will be at the forefront of the minds of the players, the coaches and the support staff, along with their rewards for winning.

Australia is built on myths. This cheating saga temporarily lifted the veil from the reality, but the veil has been pulled back down very quickly over our eyes.

We will hear a lot in the days, weeks, months and years of rebuilding trust and playing the game in the right spirit. Until the profit motive disappears from cricket and from society, that can never happen.

We cheat at cricket 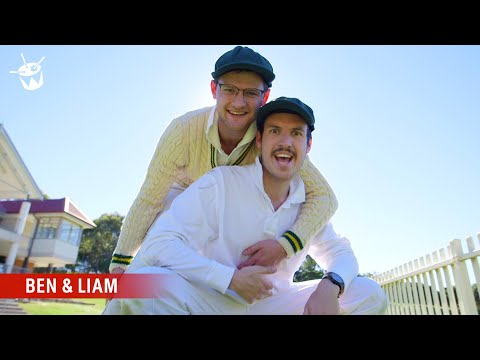