Originally published in The Guardian Australia 29-1-18 by Greg Jericho.

The disconnect between the current strong employment growth and the weak growth in household incomes remains the biggest issue for the coming political year, and it has emerged as the greatest weakness to the government’s economic argument.

One of the more absurd suggestions that did the rounds when the Rudd government introduced the Fair Work Act was that the new laws were swinging the pendulum too far in favour of unions.

The claim continued despite evidence to the contrary. In May 2012, the then BHP chairman Jac Nasser suggested that the review of the Fair Work Act would be “an opportunity to move the pendulum back to a more appropriate balance”. A couple of months later, Tony Abbott said he wanted to “restore the workplace relations pendulum to the sensible centre. That’s where it always should be”. 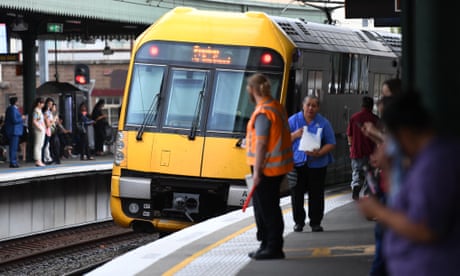 Ahh … the sensible centre – a position Malcolm Turnbull embraces as well. At the 2016 annual LNP conference in Queensland, while referring to the capacity of industrial disputes to act “as a handbrake on economic growth”, he urged Bill Shorten to “meet us in the sensible centre” – a point that from Turnbull’s point of view included the Australian Building and Construction Commission and the Registered Organisation Commission – two organisations implicitly established to curtail union power.

This week, we saw evidence of just how hollow the suggestion is that somehow the pendulum has swung too much in favour of unions.

The Fair Work Commission suspended the proposed 24-hour strike scheduled for Monday by Sydney and NSW train drivers because it was “threatening to endanger the welfare of part of the population” and would “cause significant damage to the Australian economy or an important part of it.”

The ability for the industrial umpire to ban a strike because of such reasons has long been a part of our industrial relations framework. But the margins for breaching such conditions are now so wide that, as the Australian Council of Trade Unions secretary, Sally McManus, said on Thursday, it means “the basic right to strike in Australia is very nearly dead”.

That is why we can expect a big fight on industrial relations this year. 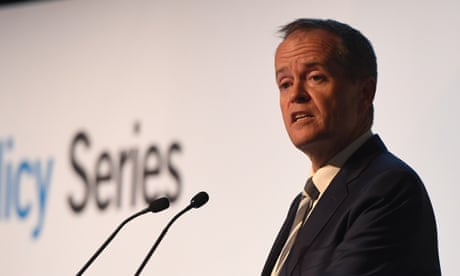 In December, a record percentage of Australians aged between 15 and 64 were employed, and the month had the most number of people working full-time for the past five years. But while such figures would previously lead to wages and household income growth, workers are still waiting for such rewards. Therein lies the problem for the government.

You can talk of underemployment and the hangover from the past five years of poor employment growth and generally low inflation around the world, but the Australian government is doing nothing to improve the situation.

Turnbull and the treasurer, Scott Morrison, will talk of greater wages growth emerging once company profits improve via tax cuts, but such a link requires a system of industrial relations that allows workers to agitate for such wages, and one that also seeks to reduce underemployment rather than foster it.

And despite the improved profitability of companies in 2017 and the strong rise in employment, we already have evidence that low wage growth will continue.

The latest figures from the Department of Jobs and Small Business show that the average wage rise for enterprise agreements approved in the September quarter last year was a record low at 2.2%.

Such a result is not surprising given the abuse of the enterprise bargaining system by companies seeking to terminate agreements during the bargaining process and forcing workers to negotiate with the award rate as the starting point rather than the pay and conditions previously agreed to.

Companies know the current industrial relations system is in their favour, and they are more than happy with the current level of low wage growth.

In the recently released Australian Industry Group 2018 Business Prospects report, rather than bemoaning the poor growth in wages, Australian CEOs actually championed it.

The AIG expresses a desire for “the continuation of moderate wages growth” (note that “moderate” means record or near record low) and argues that “the record jobs growth of 2017 and the ability to meet expectations of still higher jobs growth in 2018 are closely associated with the moderate wages outcomes of recent years and require the continuation of this pattern into 2018”.

So you can have your strong employment growth only if you have record-low wages growth.

And far from looking for higher wages, the report also noted that concerns about wages “are already spreading among Australia’s CEOs”.

The disconnect between the current low level of wages growth and the employment situation has come about through decades of industrial relations policy, where the right to strike has been severely restrained and the unions are seen as having too much control.

Regardless of its rhetoric, the government is more than happy for the disconnect to remain in place. Its policies foster an environment where workers’ negotiating power is diminished and it tries to convince us that higher wages will come once companies can afford them – even as the companies tell us that what they really want is for the record low wage growth to continue.