Barnaby Joyce has heaped praise on Keith Pitt in response to reports the demoted Nationals MP may quit and join the crossbench after Tuesday’s reshuffle.

Pitt was dumped from his role of assistant trade minister, while Darren Chester lost the infrastructure portfolio in a reshuffle in which Joyce demoted Nationals who opposed his pick for deputy, Matt Canavan, who lost to Bridget McKenzie.

The Australian Financial Review reported the move may have backfired, with Pitt reportedly telling colleagues he was considering his options and a possible move to the crossbench.

Any defections could destabilise the Turnbull government, which only recently regained its majority of 76 seats in the lower house after the re-election of Joyce and John Alexander in byelections triggered by their dual citizenship.

In a further sign of tension, McKenzie, the new Nationals deputy leader, has publicly contradicted Joyce’s account that geographical representation was the reason Chester was demoted.

Asked if he was confident Pitt would not quit, Joyce told Sky News on Wednesday: “Yes, I’m confident that Keith has a great desire to do the very best for the people of Bundaberg.

“I know Keith is a person of immense talent and he will continue to work extremely hard for his constituency,” he said.

Joyce reiterated that the reason for Chester’s demotion was that both he and McKenzie were Victorians and there was a need to increase the Queensland representation in cabinet.

“We try to make sure a representation comes from the length and breadth of our nation,” he said.

“People completely understand in the game of politics and football sometimes you play first grade and times you don’t.

On Tuesday McKenzie told Sky News “the whole argument about geography is ridiculous”. She noted the Northern Territory had just one senator, Nigel Scullion, and he had remained in cabinet.

“If it was about numbers, Nigel wouldn’t be there. It’s about merit.”

In reference to Pitt, McKenzie accepted he was a more senior Queensland candidate than David Littleproud, who was catapulted into cabinet despite having been in parliament just 18 months and never having held a ministry. But she said Joyce had wanted a “mix of skills and experience”.

The deputy leader accepted that Joyce had the right to make “a different decision about who is going to make up his ministerial team”.

McKenzie paid tribute to Chester, describing him as a “class act” who was “relentlessly positive and optimistic about regional Australia and the role that he can play in its growth and development”. 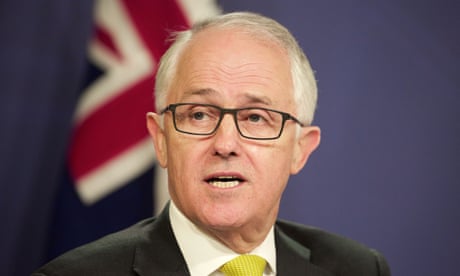 On Wednesday the deputy opposition leader, Tanya Plibersek, said there were no plans for a reshuffle on the Labor side, telling ABC’s AM the frontbench were “focused on their portfolios not themselves”.

Pibersek said the Coalition’s reshuffle had “caused more problems than it’s solved” and showed members of the government were more focused on their own jobs than Australians’.

“I think it’s a typical sign of a government that’s spiralling in chaos to have this sort of infighting breaking out just hours after these announcements were made.”