Australia has fallen well behind the rest of the developed world when it comes to research funding, the peak lobbying body for universities has warned.

Ahead of a parliamentary inquiry into research funding, Universities Australia has complained that government and business have ignored the “backbone” of the economy by allowing overall funding for research and development to fall to below 2% of the total economy.

Figures from the OECD released by Universities Australia show that gross expenditure on research and development as a percentage of GDP fell dramatically from 2.11% in 2013-14 to 1.88% in 2015-16.

That is well below the OECD average of 2.38% and marks the first time that Australia’s overall spend has gone backwards. The UK government this year promised to lift R&D funding to 2.4% over the next decade.

The chief executive of Universities Australia, Catriona Jackson, said Australia now spent less on R&D as a proportion of GDP than Iceland.

“The world’s leading economies know just how important R&D is and are investing accordingly,” she said.

The house committee on education, employment and training is currently holding an inquiry into Australia’s research system, looking at the “efficiency, effectiveness and coherency of Australian government funding for research”.

The inquiry is focusing on federally funded research agencies, their funding mechanisms and university research.

In its submission Universities Australia has urged the government to address the fall in spending by focusing on “full recapitalisation” of the education investment fund. 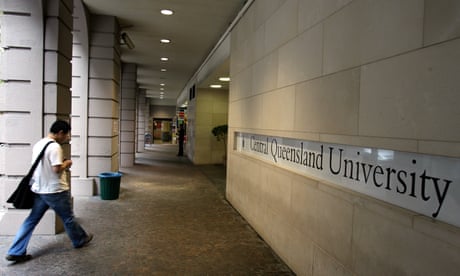 The $3.8bn fund was established in 2008 and helped bankroll ambitious higher education infrastructure projects including the University of Sydney’s nanoscience hub.

But it was shuttered in 2015, with the intention of redirecting the money into the National Disability Insurance Scheme.

“But Australia also needs capital funds to build research capacity at universities across the country. Closing [the] EIF will deny our world-class researchers the proper resourcing and security they need to keep doing what they do best – making breakthroughs for the betterment of all.”