The Pitch: Like the first fall of snow in an open field, Fargo drifts back into this desolate year with its fourth season. Three years after Mary Elizabeth Winstead blew us away and Ewan McGregor won our hearts twice, FX’s black comedy/crime drama returns, this time focusing on two rival crime families and their struggle for control over 1950 Kansas City.

In order to broker peace, Loy Cannon (Chris Rock), leader of the Cannon crime syndicate, and Donatello Fadda (Tommaso Ragno), head of the Italian mafia, trade their youngest sons to be raised by their enemies. A sudden turn of events leaves this new peace in jeopardy as both family heads struggle to navigate shifting loyalties and outside pressure.

Meanwhile kooky nurse Oraetta Mayflower (Jessie Buckley) befriends her neighbor, high school student Ethelrida Pearl Smutny (E’myri Crutchfield) and her mortician parents. True to form, Season 4 takes its time exploring the lives and quirks of these characters, all before kicking the plot into high gear and running away with our hearts. 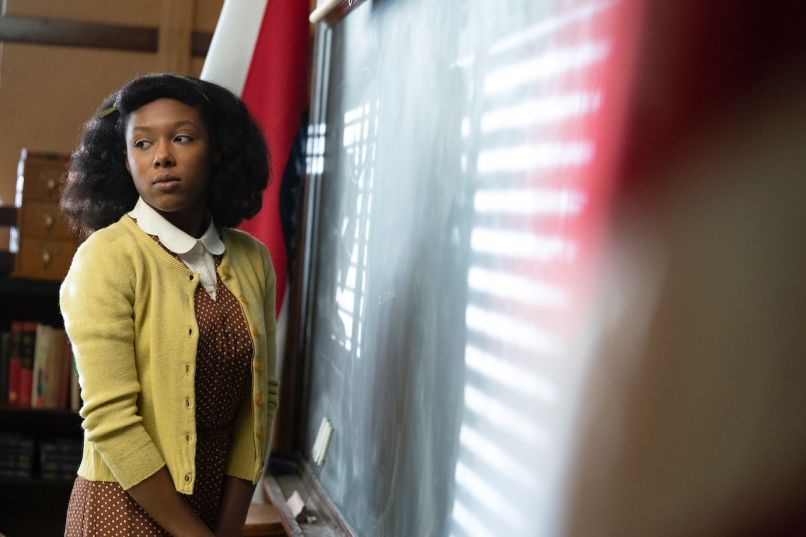 Caravan: The first episode, “Welcome to the Alternate Economy”, kicks off with a thrilling thesis statement on the themes Season 4 will explore. Ethelrida narrates a history report about the complicated nature of assimilation, while scenes of her navigating a racist school demonstrate the criminalization of African-Americans. As she continues, we’re treated to another lesson of sorts in a succession of warring immigrant crime families attempting to broker peace through the cold tradition of trading sons. We see the winners and losers of this ”peace” and the toll it takes on young boys whose lives are sold for power. Set to variations on Thelonious Monk’s “Caravan”, it’s a sly nod to the way white people are trained to fear immigrants as well as a reflection on the improvisational nature of American assimilation.

So What? By playing with the relationships between civilians, criminals, and outlaws, Season 4 looks at who American society was built to serve and how those who live on the fringes are forced to create societies of their own. Creator Noah Hawley doesn’t spend time educating his audience, though; instead, he trusts viewers to make their own connections and to seek out information for themselves.

Because of this, the themes mirror those we see play out in everyday life as characters allude to grifting showmanship, anonymous sources, selling out future generations for short term goals, going high when others go low, and even climate change. None of these are mentioned specifically, but their DNA weaves through the ponderous monologues in which the characters delight. Hawley lets the natural consequences of these competing forces play out, illustrating the show’s central conclusion that only those who can see the bigger picture will survive. 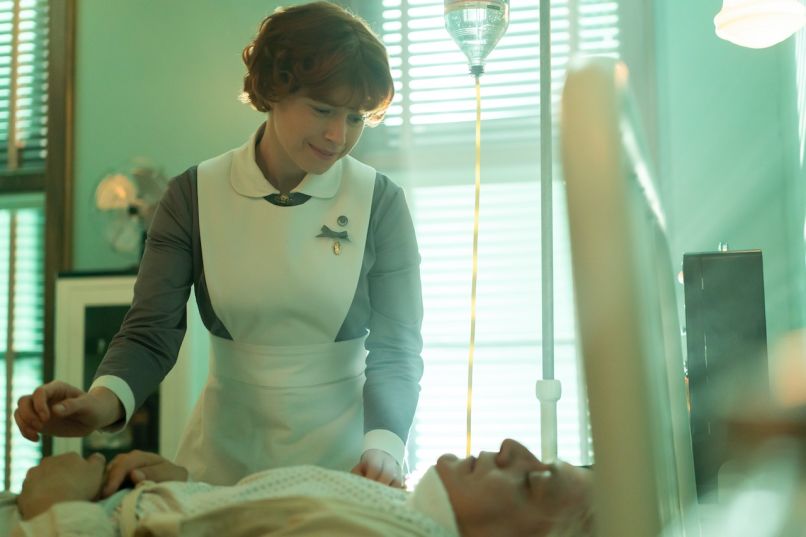 Granted, Fargo has played with these dynamics before, following the trail of one small mistake as it ripples and spirals effectively ruining the lives of everyone in its path. Season 4 does this as well, but on a much larger scale. The central mistake here is not made by any character, but rather baked into the American foundation; the original sin of building a country on stolen land and basing it on a social hierarchy that treats human beings as disposable.

In other words, Fargo’s characters struggle to survive a system designed to pit them against each other.

Human Nature: Chris Rock is remarkable, as Loy Cannon. Strong, sobering, and menacingly funny, he juggles the competing responsibilities of leading a crime family while supporting his real family as a husband and father. He is trying to do the best he can in a game he knows he will likely never win and his humanity is revealed as he wrestles with decisions that have no right answers. Loy Cannon is not a good man, but Hawley allows him to earnestly try to be.

His counterpoint is Jason Schwartzman as Josto Fadda. Unlike Cannon, Josto is both cynical and insecure, willing to sell out his own family with a casual disregard that would be more chilling if not for Schwartzman’s incredible deadpan delivery and comedic timing. Rock and Schwartzman are fantastic foils for each other, each representing a different understanding of the game and approaches that reveal fundamental differences between immigration and enslavement. 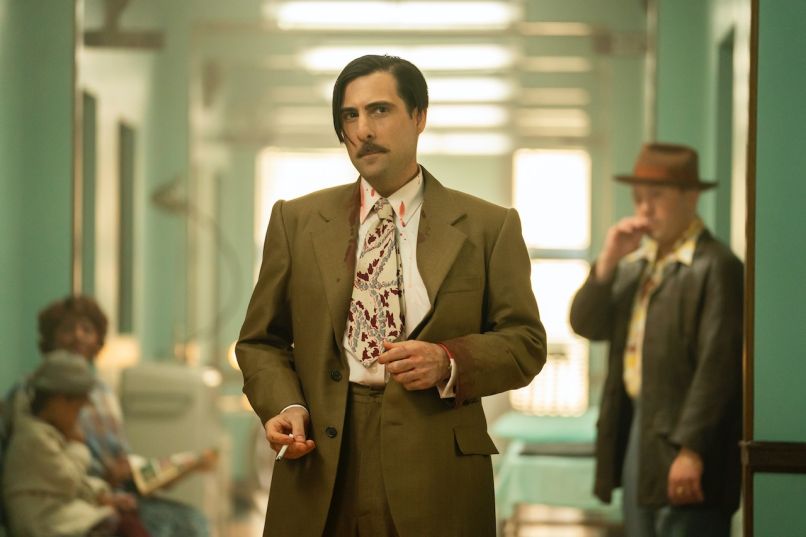 Of course, Fargo wouldn’t be Fargo without its supporting characters and Season 4 has them in spades. Josto’s brother, Gaetano (Salvatore Esposito), is unnerving in a wide-eyed psychotic twist on Season 2’s Bear. Buckley, as the sinister Oraetta, careens through the narrative with well-bred hypocrisy and Minnesota charm, causing destruction wherever she goes and using her privilege to fly under the radar. Detective Odis Weff (Jack Huston) presents a compelling examination of obsessive-compulsive disorder and anxiety reflecting the way mental illness has historically been viewed in this country. And E’myri Crutchfield’s Ethelrida is the quiet stalwart, grounding the audience as the chaos unfolds.

Impressions: Fargo’s claim to fame has always been its quirky style and the cinephile candy is on full display here. Embedded titling, lushly moving split screens, and that trademark jazz percussion follow the iconic preamble to weave a rich tapestry that enhances rather than overshadows the story. The set design and costuming feel authentic, too, bringing out the gritty beauty of the time period while simultaneously leaning into the nostalgic iconography. An episode shot almost entirely in black and white gives the feel of a pulpy crime drama and leads to a jaw dropping and poignant return to color. 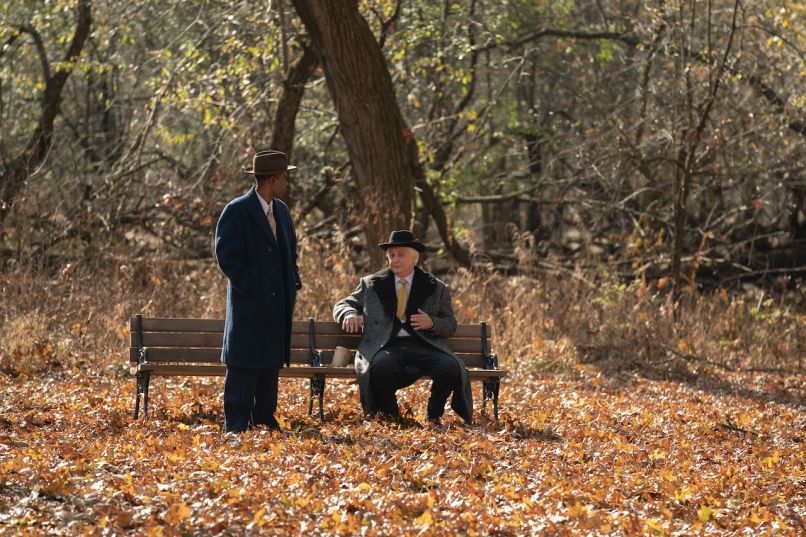 The Verdict: Too early to call, but Season 4 may be Fargo’s best run yet given its larger scope and more ambitious message. It helps that Fargo never preaches to its audience; instead, it embraces its strengths and trusts viewers to connect the dots on their own. It’s a refreshing change at a time where every piece of art seems designed to teach rather than entertain. But it also comes at a time when we desperately need to hear those heavy messages. Fargo has long excelled in humanizing the outcasts, and this is perhaps the greatest power of Season 4. By going back 70 years to show familiar themes still playing out today, Fargo proves that those who don’t know their history are doomed to repeat it.

First published at The Consequence of Sound. September 28 2020. See; https://consequenceofsound.net/2020/09/tv-review-fargo-season-4/