The Pitch: Lurking in the shadows of history for thousands of years, making things right what once went wrong, are a group of immortal mercenaries — the laconic Booker (Matthias Schoenaerts), millennia-old nemeses turned lovers Joe (Marwan Kenzari) and Nicky (Luca Marinelli), and their leader Andy (Charlize Theron).

They can’t die, their wounds heal in seconds, and eons of battles have made them the deadliest warriors in the world. While trying to stay on the margins of an ever-shrinking civilization, Andy, the oldest of the lot, grows weary of their immortality keeping them at arm’s length from the world.

But hope springs from an unexpected place, as they sense the awakening of another immortal for the first time in centuries: American Marine Nile Freeman (KiKi Layne), who awakens from a brutal attack in Afghanistan without a scratch on her.

Together, the Old Guard rush to find Nile and bring her into their ranks before an unscrupulous pharma CEO (Harry Melling) and his lead scientist (Chiwetel Ejiofor) can capture them and steal the secret of their longevity. 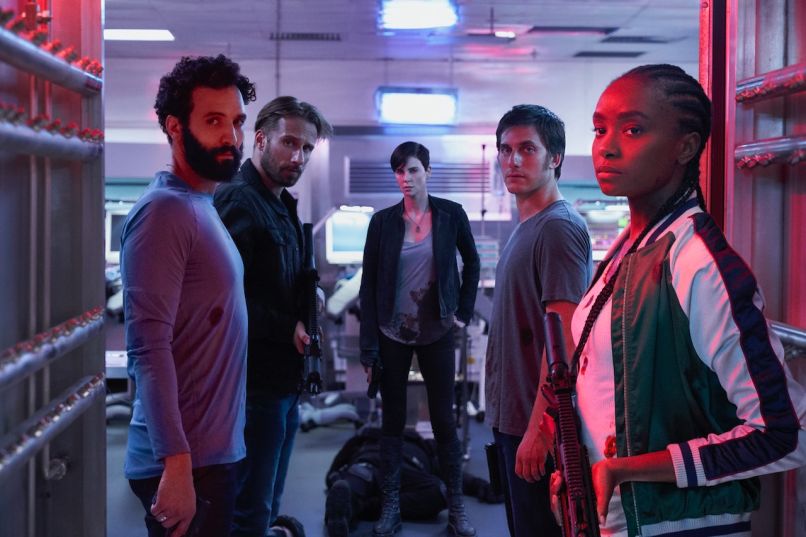 Immortal Blonde: It’s hard to escape the intractable formula of comic-book adaptations: hero’s journey, warmed-over CG action, half-baked thematic material haphazardly slotted over a boilerplate three-act structure. But Gina Prince-Bythewood’s The Old Guard is something different, stranger, living somewhere between the existential brooding of Highlander and the tactical-porn precision of the John Wick films (or Theron’s previous dip into that style, Atomic Blonde).

Much of this can be laid at the feet of Prince-Bythewood, typically known for love stories like Love & Basketball and Beyond the Lights, who stretches her action-thriller muscles here to impressive effect. The Guard have all the fast-moving gunplay and brutal grapples of your Johns Wick and Natashas Romanoff, shootouts and showdowns making heavy use of stuntwork and intricate choreography that feels visceral and immediate.

There’s a delicate balancing act between solemnity and showiness in these setpieces, as Andy and her cohort slice and dice their way through dozens of paramilitary bad guys with the fluidity and teamwork of a group who’s literally had thousands of years to understand each other’s moves. It never quite reaches the dizzying heights of a Stahelski and Leitch joint, but fans of fast-paced, close-up choreography should still be quite pleased. 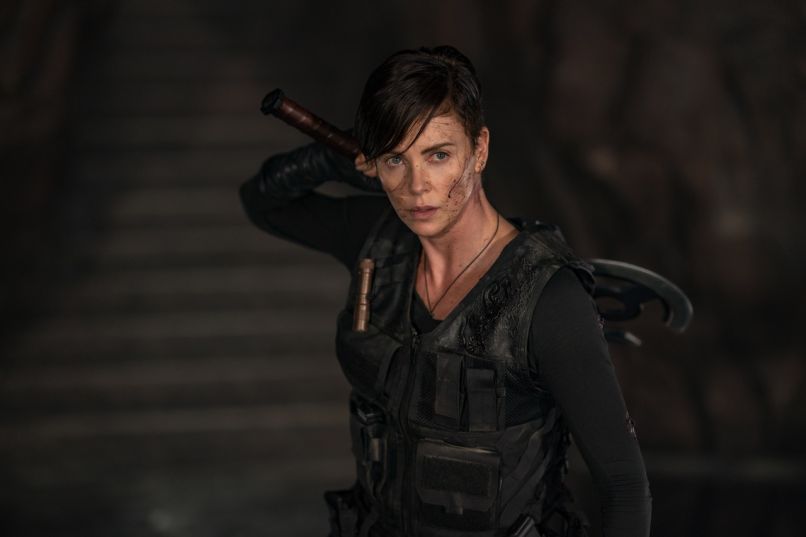 Princes of the Universe: It’s not all blood and guts, though; remarkably, The Old Guard manages to lend its immortal-soldiers’ story a sense of gravitas, and takes the weight of their unique gift seriously. Much like Highlander before it, suffused in Greg Rucka’s screenplay (derived from Rucka’s own graphic novel) is a sense of the curse that near-immortality can grant you. Andy’s thousands of years on Earth haven’t been a picnic; she’s lost other immortal friends, and a centuries-old immortal flame (Veronica Ngo) was sentenced to endlessly drown in a steel cage at the bottom of the sea for witchcraft. (It’s a visceral, discomfiting image.) What’s more, they don’t know why they became immortal, only that it can be taken from you any day without warning.

Superheroism on the Margins: The best superhero ensembles lean hard on their characters, and to their credit The Old Guard does its level best to give its central crew plenty to do. It’s refreshing to see a female-led superhero movie where one of the two major leads is a Black woman, two are a gay couple in a committed relationship who are still allowed to kick ass (they’re given a heart-warming, if cringe-inducingly written, declaration of love early in the film), and the whole thing is overseen by a Black woman in the director’s chair.

The result is an action film that cares about its leads’ emotional concerns and wounds; just as much time is spent discussing the tragedies, both large and small, of their respective lives, and the modest solace they take in each other’s companionship. Theron is as assured an action lead as ever, mixing her Atomic Blonde agility with Furiosa’s world-weariness and a bit of Aeon Flux‘s sense of style. Layne acquits herself admirably as well, though she doesn’t get as much of a chance to shine being the audience perspective character. She throws herself into the action scenes with surprising skill though; maybe a solo-led franchise is in her future? 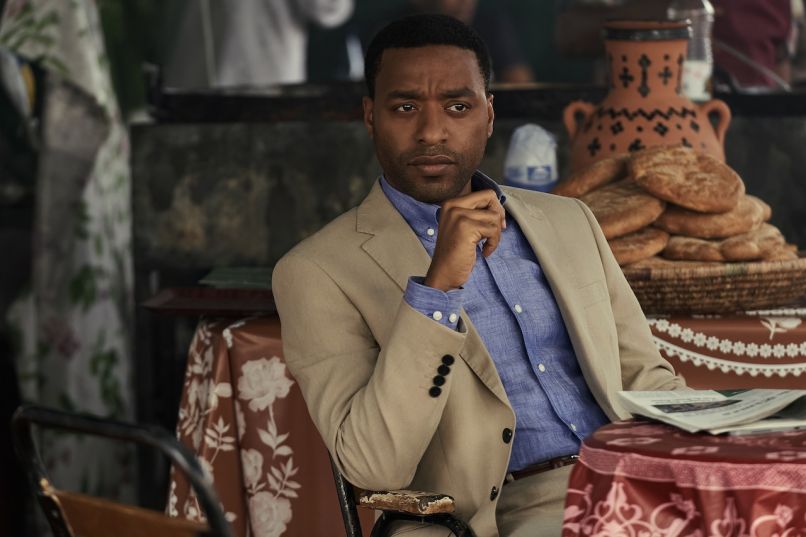 The villains, on the other hand, are a decidedly mixed bag, the usual 2010s mix of thinly-drawn corporate villains with hulking heavies and conflicted scientists. Melling minces through his underwritten Merrick with respectable aplomb, but there’s not much to him except a tech-bro jacket/hoodie combo and some Eisenbergian twitching. Ejiofor, meanwhile, is meant to have grander emotional significance to this journey (he’s been tracking the Guard for years, and there’s some stuff in the background about his dead wife driving his pursuit of immortality), but the script pretends he’s more important than he really is, which is frustrating.Editors’ Picks

The Verdict: At its worst, The Old Guard feels like an underwritten pilot for a series of films setting up a world that will have to be explored later on, right down to the afterthought villains and place-setting for the crew we’re meant to root for. But within those confines, Rucka and Prince-Bythewood craft a gnarly, neat little sci-fi actioner with impressive action and some thoughtfulness towards its motley crew of misfits. At two hours, it can drag, and the mid-budget nature of the thing can leave it feeling less than ambitious. But there’s just enough inventiveness here to make it stand out in a packed field, and to cement Prince-Bythewood as a director who can handle bloodshed as adeptly as character.

Where’s It Playing? The Old Guard slashes its way onto Netflix with an impractically-stylized axe July 10th.